Saw this photograph and love the skin and shape! Look like Adam Lambert! Not sure whether it is available now though.

Photo from Creator of skin and shape, Essences [http://www.flickr.com/photos/inkadanovski/10676957083]

You can compare this Photo with the real Adam Lambert

Posted by RedIce Cioc at 1:51 AM No comments:

I recently succumbed to the temptation to play the Gacha Machine in an attempt to get the Sailor Moon Lingerie. Reason: I watched Sailor Moon Anime as a kid and often had to rush home from Tuition to watch it. I also love to read the Sailor Moon comics that I borrowed from the library. Although I don't read or watch Japanese Anime (except for Doramen) now, I still remember Sailor Moon and some of its characters.

I played once (once is good enough lar) and win the Mars Outfit!

Photo from the Creator, The Sugar Garden [http://www.flickr.com/photos/ulysenxolaschfeshitsaeil/11633668035]

There are 2 Gacha Machines, one for lingerie, the other for the wand. The lingerie costs L$50 each play. The wand costs L$75 each play. Hence, buying the lingerie sounds more worthwhile.

The very next day I wore the Mars Outfit at Eturnal Night Sim. I was outside the Sweet Poison\o/Club when a guy IMed me asking whether I am Female or not. I noticed a few guys like to ask this question. Does it matter? After I answered his question, I logged out to do other things. After I logged back, he left an IM asking whether I like to dance with him or not. Guess this outfit must be HOT to the guys haha.

Tashi gifted me the Chacha Doll. It is after some research, I found out that they are from The Arcade Dec 13. Mine is the Puppy Doll. I like that the doll looks unique and scary so I can walk around and have people staring at me (same feeling as aemeth has with her own unique avatars). 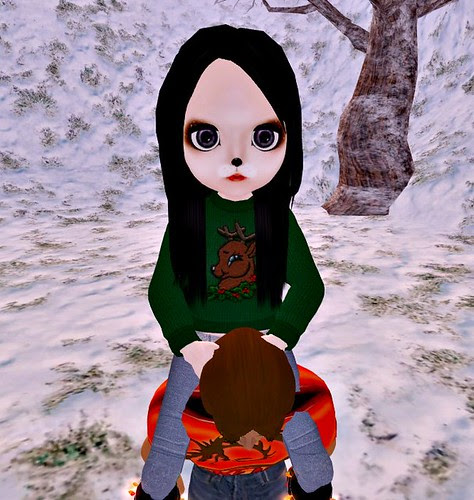 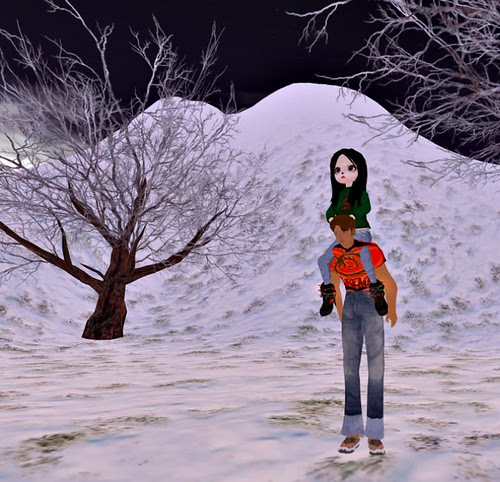 Location of Photos are at Eturnal Night. It is beautifully done up for Winter!
Posted by RedIce Cioc at 12:32 AM No comments:

Feel like doing a faceshot with one of my favourite skins. I am not sure whether it is me skin like the last time. Have to wait and see. 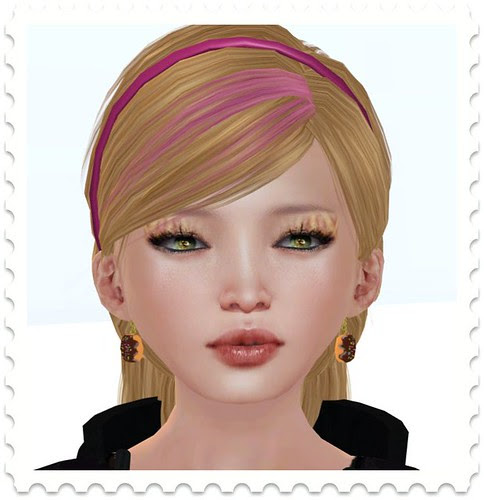 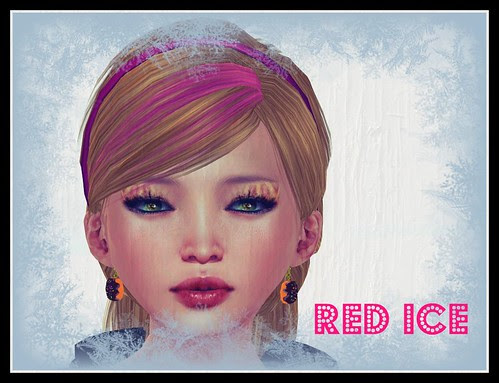 Posted by RedIce Cioc at 3:04 AM No comments:

Save me from myself

I get hysterical sometimes. 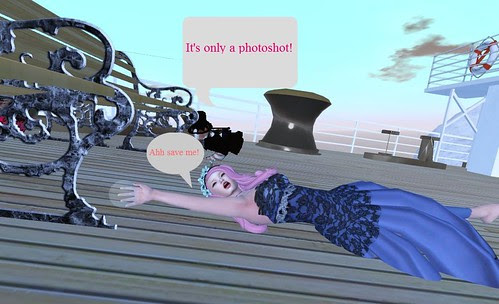 Posted by RedIce Cioc at 7:23 PM No comments:

I was reading Juicybomb.com, my favourite fashion blog when I saw this handsome male model, Cad. This lead to his blog which lead me to Alli the cat

Alli is sick and her owner, Voshie Paine does not have enough money to pay Alli’s vet. Voshie released a special skin that she is selling for just 100 Lindens and 10 Lindens for a funny cat-face tattoo. I am the kind who only buys freebies and 1L stuff. But I love cats a lot and don’t want to see Alli not receiving adequate treatment. Hence, I bought the skin. 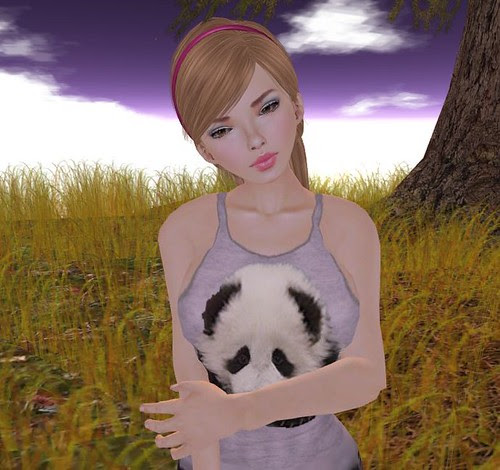 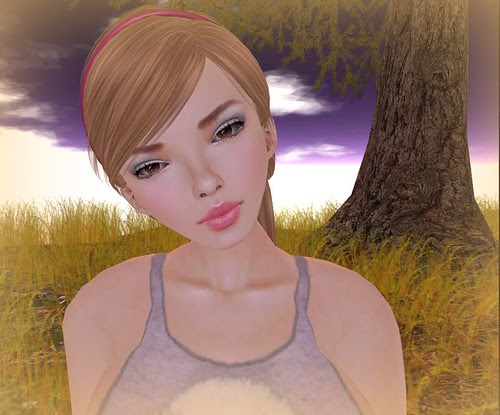 See the beautiful eyes? They are a group gift from{D.A}.  I am picky about eyes and have been wearing old eyes from 1-2 years ago. I am glad to see eyes that I like. Click the photo to see it in a bigger size. 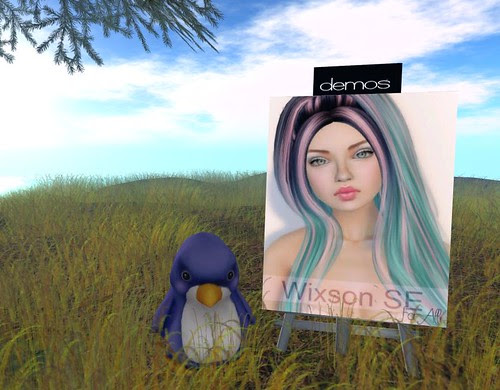 If you don’t want to buy the skin and the tattoo, you can donate to the cute penguin above/ buy Voshie's other products on Genre and NYC Soho Sample Sale / buy the cute teddy bear poses (come with teddy bear) from Marketplace

-Credits for outfit-
Skin: Wixson Skin for Alli by La Petite Morte Mainstore (100L)
Eyes: Group Gift by {D.A} [Join Group and click on Group Gift Board in mainstore to get]
Hair: Becky in latte by >Truth< [Truth has extended its sale to 10 May 13]
Top: Previous Group Gift by caLLie cLine
Shape: Self made
Posted by RedIce Cioc at 2:44 AM 1 comment:

How to know that you are addicted to Second Life?

“Damn, I forget to delete an item in my inventory folder.”
“I left my avatar in her bikini! Why didn’t I change to proper clothes before I log out! Who knows- someone will see me when I log in?

2.       You think of what to do when you log in to Second Life instead of more important things like what jobs to apply for.

3.       You feel like logging on to Second Life website so that you can see whether your friend(s) is online in SL. If someone is online, you will have a good reason to “persuade” yourself to log in to SL even though it is bedtime.

4.       You tell yourself that you must write this post before you go to sleep tonight.

Arr.. I am addicted to Second Life.
Posted by RedIce Cioc at 8:34 AM 2 comments:

RedIce Cioc
I play Second Life, a virtual world. Thus, this blog is mainly about Second Life and sometimes, about myself.

Read them too! (arranged according to latest update)